This book was referenced to in a lot of talks, mostly with the same phrase “hey folks, you have to read this!”

The book was called as the only real currently published reference work for DDD for functional programming.

More books and videos to find on fsharpforfunandprofit

The comments on this tweet are telling me, watching this video is long overdue …

37 Things One Architect Knows About IT Transformation by Gregor Hohpe

The name @ghohpe was also mentioned a few times at @KanDDDinsky

by Stefan Hofer and Henning Schwentner

Drive: The surprising truth about what motivates us by Daniel H Pink

There is also a TLDR-Version: a talk on vimeo

Sapiens – A Brief History of Humankind by Yuval Noah Harari

This book was recommended by @weltraumpirat after our short discussion about how broken or industry is. Thank you Tobias! I’m afraid, the book will give me no happy ending.

It is not a take-away from KanDDDinsky but still a must have book (thank you Thomas): The Phoenix Project

If you haven’t read it yet, I also recommend “The Phoenix Project”. I guess it would be the best book you’ve (and will) read in a while…— Thomas Bandt 🇪🇺 (@asp_net) October 22, 2019

I think I have to write a (short) rant about silos and team hierarchies and the costs (and obviously frustration) caused in such "agile" tech companies.

Disclaimer: this is NOT a rant about people. In most of the situations all devs I know want to deliver a good work. This is a rant about organisations imposing such structures calling themselves “an agile company”.

To give you some context: a digital product, sold online as a subscription. The application in my scenario is the usual admin portal to manage customers, get an overview of their payment situation, like balance, etc.
The application is built and maintained by a frontend team. The team is using the GraphQL API built and maintained by a backend team. Every team has a team lead and over all of them is at least one other lead. (Of course there are also a lot of other middle-management, etc.)

Some time ago somebody must have decided to include in the API a field called “total” containing the balance of the customer so that it can be displayed in the portal. Obviously I cannot know what happened (I’m just a user of this product), but fact is, this total was implemented as an integer. Do you see the problem? We are talking about money displayed on the website, about a balance which is almost never an integer. This small mistake made the whole feature unusable.

Point 1: Devs implement technical requests instead of improving the product
I don’t know if the developer who implemented this made an error by not thinking about what this total should represent or he/she simple didn’t had the experience in e-commerce but it is not my point. My point is that this person was obviously not involved in the discussion about this feature, why it is needed, what is the benefit. I can see it with my spiritual eyes how this feature became turned in code: The team lead, software lead (xyz lead) decided that this task has to be done. The task didn’t referred to the customer benefit, it stripped everything down to “include a new property called total having as value the sum of some other numbers”. I can see it because I had a lot of meetings like this. I delivered a string to the other team and this string was sometimes a URL and sometimes a name. But I did this in a company which didn’t called himself agile.

Point 2: No chance for feedback, no chance for commitment for the product
Again: I wasn’t there as this feature was requested and built, I just can imagine that this is what it happened, but it really doesn’t matter. It is not about a special company or about special people but about the ability to deliver features or only just some lines of code sold as a product. Back to my “total”: this code was reviewed, integrated, deployed to development, then to some in-between stages and finally to production. NOBODY on this whole chain asked himself if the new field included in a public(!) API is implemented as it should. And I would bet that nobody from the frontend team was asked to review the API to see if their needs can be fulfilled.

Point 3: Power play, information hiding makes teams slow artificially (and kills innovation and the wish to commit themselves to the product they build)
If this structure wouldn’t be built on power and position and titles then the first person observing the error could have talked to the very first developer in the team responsible for the feature to correct it. They could have changed it in a few minutes (this was the first person noticing the error ergo nobody was using it yet) and everybody would have been happy. But not if you have leads of every kind who must be involved in everything (because this is why they have their position, isn’t it?) Then somebody young and enthusiastic wanting to deliver a good product would create a JIRA ticket. In a week or two this ticket will be eventually discussed (by the leads of course)  and analyzed and it will eventually moved forward in the backlog – or not. It doesn’t matter anyway because the frontend team had a deadline and they had to solve their problem somehow.

Epilogue: the culture of “talk only to the leads” bans the cooperation between teams
at this moment I did finally understood the reason behind of another annoying behavior in the admin panel: the balance is calculated in the frontend and is equal with the sum of the shown items. I needed some time to discover this and was always wondering WTF… Now I can see what happened: the total in the API was not a total (only the integer part of the balance) and the ticket had to be finished so that somebody had this idea to create a total adding the values from the displayed items. Unfortunately this was a very short-sighted idea because it only works if you have less then 25 payments, the default number of items pro page. Or you can use the calculator app to add the single totals on every page…

All this is on so many levels wrong! For every involved person is a lose-lose situation.

What do you think? Is this only me arguing for better “habitat for devs” or it is time that this kind of structures disappear. 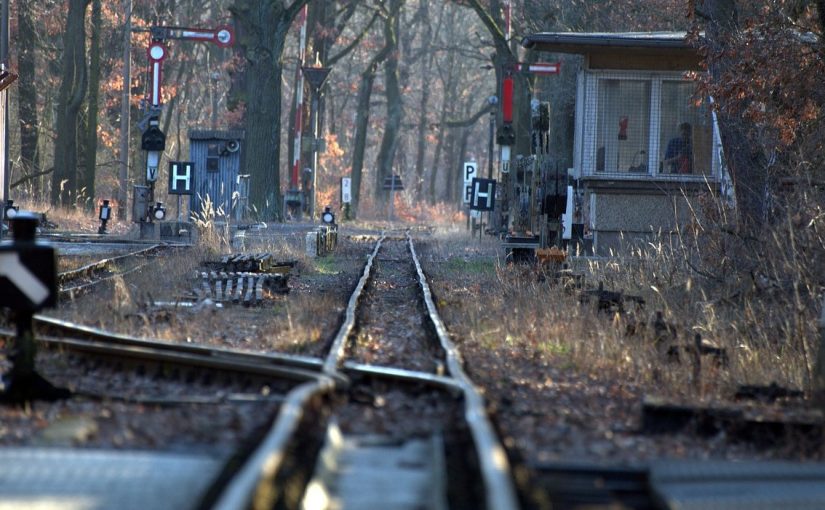 In the first part I described why I think that continuous delivery is important for an adequate developer experience and in the second part I draw a rough picture about how we implemented it in a 5-teams big product development. Now it is time to discuss about the big impact – and the biggest benefits – regarding the development of the product itself.

Why do more and more companies, technical and non-technical people want to change towards an agile organisation? Maybe because the decision makers have understood that waterfall is rarely purposeful? There are a lot of motives – beside the rather wrong one “because everybody else does this” – and I think there are two intertwined reasons for this: the speed at wich the digital world changes and the ever increasing complexity of the businesses we try to automate.

Companies/people have finally started to accept that they don’t know what their customer need. They have started to feel that the customer – also the market – has become more and more demanding regarding the quality of the solutions they get. This means that until Skynet is not born (sorry, I couldn’t resist 😁) we oftware developers, product owners, UX designers, etc. have to decide which solution would be the best to solve the problems in that specific business and we have to decide fast.

We have to deliver fast, get feedback fast, learn and adapt the consequences even faster. We have to do all this without down times, without breaking the existing features and – for most of us very important: without getting a heart attack every time we deploy to production.

IMHO These are the most important reasons why every product development team should invest in CI/CD.

The last missing piece of the jigsaw which allows us to deliver the features fast (respectively continuously) without disturbing anybody and without losing the control how and when features are released is called feature toggle.

A feature toggle[1] (also feature switch, feature flag, feature flipper, conditional feature, etc.) is a technique in software development that attempts to provide an alternative to maintaining multiple source-code branches (known as feature branches), such that a feature can be tested even before it is completed and ready for release. Feature toggle is used to hide, enable or disable the feature during run time. For example, during the development process, a developer can enable the feature for testing and disable it for other users.[2]

The concept is really simple: one feature should be hidden until somebody, something decides that it is allowed to be used.

As you see, implementing feature toggles is really that simple. To adopt this concept will need some effort though:

One advice regarding the tooling: start small, with a config map in kubernetes, a database table, a json file somewhere will suffice. Later on new requirements will appear, like notifying the client UI when a toggle changes or allowing the product owner to decide, when a feature will be enabled. That will be the moment to think about next steps but for the moment it is more important to adopt this workflow, adopt this mindset of discipline to keep the source code clean, learn the techniques how to organize the code basis and ENJOY HAVING THE CONTROL over the impact of deployments, feature decisions, stress!

That’s it, I shared all of my thoughts regarding this subject: your journey of delivering continuously can start or continued 😉) now.

p.p.s. For the most languages exist feature toggle libraries, frameworks, even platforms, it is not necessary to write a new one. There are libraries for different complexities how the state can be calculated (like account state, persons, roles, time settings), just pick one.

As pointed out by Gergely on Twitter, on Martin Fowlers blog is a very good article describing extensively the different feature toggles and the power of this technique: Feature Toggles (aka Feature Flags)